There are a significant number of lenses produced from the 1940s through the 1970s that are measurably radioactive. Main source of radioactivity is the use of thorium oxide (up to 30% by weight) as a component of the glass used in the lens elements. Thorium oxide has a crystalline structural similar to calcium fluoride (fluorite). Like fluorite, its optical properties of high refractivity and low dispersion allows lens designers to minimize chromatic aberration and utilize lenses of lower curvature, which are less expensive to produce. Contrary to often seen statements to the otherwise, lenses containing lanthanum are not appreciably radioactive – lanthanum is only 1/10,000th as radioactive as thorium. Radioactivity in lanthanum containing lenses is due to the intentional inclusion of thorium in the optical glass mix. The presence of thorium can sometimes, depending on the mixture of other elements in the lens, cause moderate to severe browning of the lens elements.

Typical radiation levels can approach 10 mR/hr (100 μSv/h) as measured at the lens element’s surface, decreasing substantially with distance; at a distance of 3 ft. (.9 m.) the radiation level is difficult to detect over typical background levels. For reference, a typical chest x-ray consists of about about 10 mR, a round-trip cross country airline flight exposes a passenger to 5 mR, and a full set of dental x-rays exposes the patient to 10 mR to 40mR.

Most smaller lenses with thorium elements are not very dangerous. However, thorium eyepieces are dangerous. They can give a very large alpha and beta particle dose to the cornea of the eye, causing cataracts and other problems. Normally these particles are stopped by skin, but the surface of the eye is quickly damaged by them, and at close range, the dose can be very high.

By far the most prolific producer of radioactive lenses was Eastman Kodak. From the 1940s through the 1960s, substantial numbers of amateur cameras were produced and sold with thoriated (containing thorium oxide) lenses, including some of the Pony, Signet, and high end Instamatic (e.g. 800 and 814, but not 100 or 124) cameras. In addition, many professional level Ektar lenses from this era contain thorium. Perhaps the most famous radioactive lenses of all were the Kodak Aero-Ektars.

Curiously, in his notable book, A History Of The Photographic Lens, Rudolf Kingslake (head of the Eastman Kodak lens design department 1937-1968), makes only a single passing comment on the possible use of thorium in Kodak lenses.

Lenses Tested Radioactive (by the creator of this page)

Lenses Tested Radioactive (elsewhere, or by contributors to this page)

Lenses with elements made of contaminated glass

Some lenses of the 1960s have elements made of glass sorts which include small traces of radioactive rare-earth elements. Sometimes this accidental radioactivity causes a significant yellowing of these lens elements. Some users of such lenses reported in camera blogs that they healed the yellowing by exposing these lenses to the ultraviolet light of the sun. The procedure needs several days of sunny weather to have a positive effect. Lens elements with such yellowing radioactive impurity are in the following lenses:

The healing of yellowing by sunlight is also reported for some lenses with thorium glass elements, for example for the Nikkor 35mm f/1.4 lens and the Super Takumar 50mm f/1.4 lens. 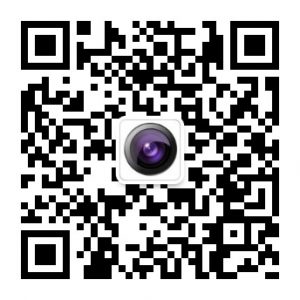